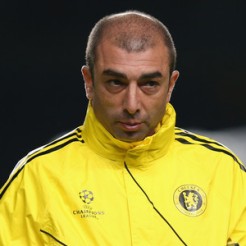 It has been revealed that Arsenal boss Arsene Wenger is sorry to see Roberto di Matteo sacked by Chelsea.

The Italian led the Blues to victory in last year’s competition and Wenger was surprised by both his departure and Rafael Benitez’s appointment until the end of the season.

“I find it surprising and very sad, personally,” Wenger said.

“I believe it is important on our side to show loyalty and Di Matteo has come in a difficult situation, won the Champions League, won the FA Cup.

“He has done well and he was not given any time at all this season so it is a complete surprise to me.

“[The appointment and deal] is a surprise as well because Rafael Benitez is a guy who has a record.

“He is a manager of stature and it is a surprise he is appointed for such a short time. I am surprised as well he accepted that.”