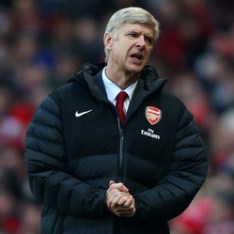 It has been revealed that Arsenal boss Arsene Wenger is in the market for an experienced striker in January.

The Telegraph claims that Arsenal want to recruit a striker in January to provide support to Olivier Giroud, who is still adapting to his first season in English football.

David Villa (Barcelona), Fernando Llorente (Athletic Bilbao) and Adrian Lopez (Atletico Madrid), who are all based in Spain, are among the options being considered.