It has been revealed that Arsene Wenger is relaxed over the delay in signing a new contract at the club. 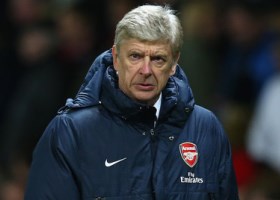 The 64-year-old French tactician has been offered an extension to his current deal, which expires at the end of the season.

When asked if the negotiations would be concluded by Christmas, Wenger said: “Why? Do you treat that as a present?

“I said many times, that people don’t need to question my commitment to this club.

“I can just reiterate what I said at the start of the season – I want to feel that I do well, and focus on that.”

Wenger added: “I am relaxed about the situation. What is important is that the players have the support, to focus on the target which is to do well in every single game.”