It has been reported that Arsene Wenger insists he is not too worried about the injury sustained by playmaker Mesut Ozil. 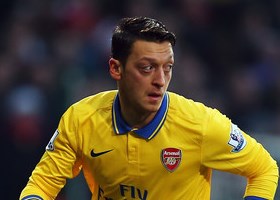 Arsenal’s record signing missed Sunday’s 1-0 win over Newcastle United at St James’ Park with a shoulder problem but is only likely to be out for around a week according to the French manager.

“It is an inflamed shoulder,” said Wenger.

“It should be maybe one more week, maybe less, I don’t know, but not a long time.”

The Gunners returned to the top of the Premier League table thanks to a 65th-minute header from Olivier Giroud which has them one point clear of second-placed Manchester City.