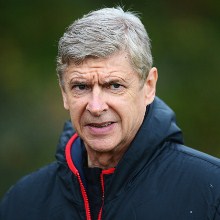 It has been reported that Arsenal boss Arsene Wenger is surprised Rafa Benitez has taken the Chelsea job.

The former Liverpool boss has been appointed to the end of the season after the dismissal of Roberto di Matteo.

Wenger said: “That’s a surprise as well, because Rafael Benitez is a guy who has a record, who is a manager of stature and it is a surprise that he is appointed for such a short time. I’m surprised that he accepted [the job].” Mark Warburton Delighted To Have Arsenal’s Gedion Zelalem At Rangers