Reports are out claiming that Arsene Wenger insists he isn’t bothered by ex-Arsenal players in the media. 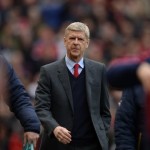 Paul Merson, Lee Dixon and Ray Parlour have slammed their former club after the crushing defeat at Manchester United on Sunday.

Wenger said: “Do people think football is only winning, and never losing any more games? It’s part of football.

“Does it make me angry? No. What makes me angry is to lose the game.

“That makes me angry and frustrated. The reaction, I know now what to expect. You become immune to it.

“People are entitled to their opinion but what can influence my life and the life of the club is putting a good performance on.”