It has been reported that Arsenal boss Arsene Wenger had a pop at the Football Writers Association and PFA after victory in the FA Cup yesterday. 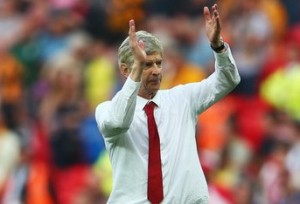 The Frenchman was asked about the performance of matchwinner Aaron Ramsey.