Reports are out claiming that Arsene Wenger has told Manchester United striker Robin van Persie to forget about a return to Arsenal. 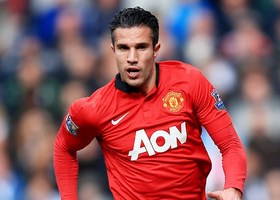 The Mirror claims that the Dutch international could be on the move this summer and has been heavily linked with a return to the Emirates.

Wenger recently refused to comment on it publicly when quizzed which only heightened the speculation.

But it is understood that the Gunners boss has ruled it out even though agents are trying to push a deal. Rooney hopes to play alongside Messi