Reports are out claiming that Arsenal boss Arsene Wenger is yet to agree to the sale of Thomas Vermaelen. 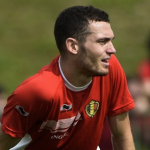 The Independent reported that United’s attempts to rebuild their central defence have been thwarted by Wenger, who has not yet agreed to sanction Vermaelen’s departure to Old Trafford.

Though Wenger knows that vetoing the Belgian’s move north risks Arsenal losing him on a free transfer when he is out of contract next summer, the move has been blocked so far.

New United boss Louis van Gaal is eager to see a deal done before they leave for the US this week.