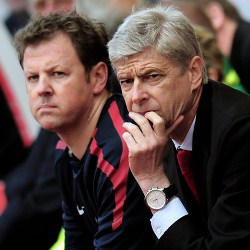 It has been revealed that Arsenal boss Arsene Wenger will have plenty to spend this summer – thanks to the club’s property deal.

According to the News of the World, Arsenal are set to announce the sale of some property in Queensland Road to Barratt Homes, in a deal which is expected to generate about £25m for the club.

The Gunners have already made £35 million available to Wenger this summer and with all the proceeds from the property sale going to the warchest, Wenger can count on having £60 million spend – before any player sales – for the close season transfer window.