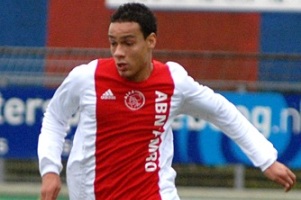 The 21-year old right-back has recently broken into the Dutch national team and has sparked interest from not only Arsenal, but other European clubs including Atletico Madrid and European champions FC Barcelona.

Ajax was recently a happy hunting ground for Arsenal boss Arsene Wenger who signed Belgian defender Thomas Vermaelen who has been a hit at the Emirates this season.

van der Wiel has been rated at around £7million by the Dutch club and and it is believed that Arsene Wenger is continuing to keep an eye on him.