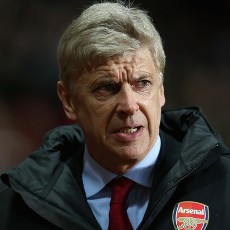 Reports are out claiming that Arsene Wenger was furious with fans after their 0-0 draw with Aston Villa.

The Arsenal boss hit back at his critics after Arsenal fans chanted ‘you don’t know what you’re doing’ towards the end of the goalless draw at Aston Villa.

Supporters launched their attack on the Gunners boss after he replaced Olivier Giroud with Francis Coquelin with two minutes remaining.

He said: “I don’t want to comment on that. I do my job and do my best for the club.

“Is it hurtful? Look, I have managed for 30 years at the top level and I have to convince you I can manage the team?

“How many games have you managed? I promise you if you manage one I will sit in the stands and chant ‘you know what you are doing!”‘

When questioned about the substitution, Wenger said: “You can discuss every substitution. You think what you want.

“I do my job and I let people judge it. I do that every day and I do my best every day. I know why I do it.

“What is the thinking behind the substitution? I will not explain every decision I make, you judge the game for the papers and I sit here and explain to you our game.

Wenger denies his reluctance to explain his substitution will cause a rift with Gunners supporters.

He said: “Why should I create a rift? I have given you the answer.”