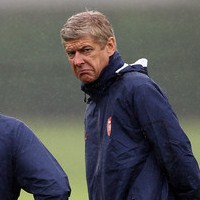 Arsene Wenger has openly declared that he is unimpressed by how Manchester City pursued Samir Nasri.

The Frenchman had been angered by opposite number Roberto Mancini’s public declarations about Nasri, amid reports he had agreed personal terms with City some time ago.

Asked if the 24-year-old was aware of what he could earn by moving to the Manchester club, Wenger said: “Of course.”

But quizzed on whether City’s pursuit of him amounted to tapping up, the Frenchman would only say: “Who knows?”

Fulham Set To Swoop For AS Roma Striker Marco Borriello