It has been reported that Arsenal manager Arsene Wenger says he cannot define when Alex Oxlade-Chamberlain will recover from a groin problem. 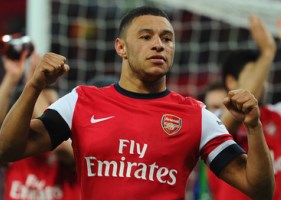 The 20-year old attacking midfielder is being rested by the Gunners as he strives to overcome the injury in time to be fit for this summer’s World Cup.

But with just under two weeks until Roy Hodgson names his provisional Three Lions squad for Brazil 2014, Wenger insists he is unsure when ‘the Ox’ will be fit to play.

“Alex is in treatment at the moment and not in training. It is very difficult to give you a timescale on him at the moment,” Wenger told the club’s official website.