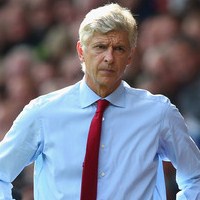 Wenger surprised many yesterday by claiming there was no reason to discuss new terms.

Wright told the Absolute Radio: “Arsene Wenger is a football man. He’s somebody that if he believes at this point that he can’t do any more for Arsenal, he’s got to a certain point and there’s a lot of talk about the seven years of being trophyless, and he doesn’t believe that he can carry on, then he won’t sign a new contract because principally he doesn’t think that he’s the person to do that.

“I think it was Gazidis who came out and said that Arsene Wenger was getting ready to sign a new contract, maybe without Arsene Wenger knowing that, because obviously Arsene Wenger coming out and saying what he said, there’s something that’s been lost in respect of communication up there. So it’s worrying, I think, for the Arsenal fans.

“The last thing I think I’d want to see is Arsene Wenger not being there. I think he’s had all the support in getting Arsenal to a point of global recognition in respect of the way Arsenal play football and now when they’re going through a period where they haven’t won for seven years, someone like Arsene Wenger’s not going to be there to steer them through it.

“Whatever people say, if he’s the man for the job or not, I believe that he should still be there and I hope that in the end he does choose to sign a new contract and stay there and maybe get to the place where he once was with Arsenal.”