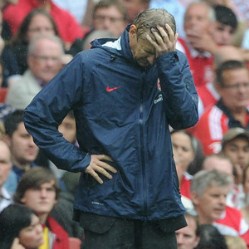 The French tactician has come under pressure from Gunners fans following a difficult start to the season.

Graham told Radio Five Live’s Sportsweek programme : “They need experienced, outstanding players and I think they need about another three in the side at the present time,”.

“They’ve got the money, let’s sit down, get some of these players in he’s supposed to be after and let’s see if they can start winning trophies again.” Arsenal Legend Vieira No Longer Under Consideration At Newcastle United