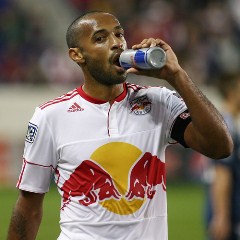 The former Gunners ace has been training with the North Londoners recently as New York Red Bulls are in the MLS off-season and has been linked with an Emirates Stadium return.

Song feels Henry would be a great addition and is backing a potential short-term deal.

“When I see him training, I am teasing him: ‘You could still play with us, you know?’ But he has never replied and just smiled,” Song told L’Equipe.

“What he achieved during his career is just amazing. He has nothing more to prove in football.

“Today he has the opportunity to give us a help.

“A player with such stature, such potential. He would bring us a lot.”