It has been reported that Arsenal hero Nigel Winterburn has called on manager Arsene Wenger to spend big this summer. 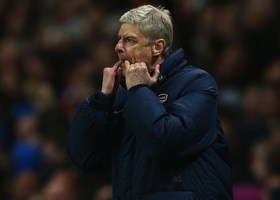 Winterburn, who won three league titles at Arsenal, says the Gunners must strengthen in order to compete in games against their closest rivals.

“Arsene Wenger has got to change his transfer policy if he stays,” Winterburn told talkSPORT.

“He’s got to go into the transfer market and really strengthen this team because they have struggled against the big boys.”