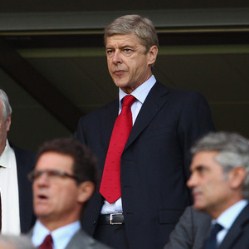 Arsene Wenger has declared that he will select Samir Nasri for Arsenal’s clash with Liverpool, despite talks over a sale to Manchester City.

The French international midfielder, though, could be in for a hostile reception from some sections of the home support, with the midfielder using his Twitter account to hit out at the “disrespectful” chants during last weekend’s game at Newcastle.

Nevertheless, Wenger – who this week saw captain Cesc Fabregas sold to Barcelona – told a news conference: “One thing I don’t question is the commitment of Samir Nasri to this club.

“Every day since he has arrived here, every day in pre-season, he has worked with a fantastic spirit in training.”

The French tactician added: “The fans will want Arsenal to play well and win the game. They do not make an individual case of each player in each position.

“They want good players and to win the football game.”

Wenger maintains the views of a minority of hard-core supporters grabbing headlines should not be taken as the general stance from the stands.

“You have to be careful,” the Arsenal manager continued.

“We live in a modern democracy where everybody has a right to have their opinion, but it does not mean always that a few opinions represent the majority.

“The unfortunate thing is that the extreme opinions get more media attention than people who have normal common sense and intelligence.

“Because a few people have a bad opinion of one person, it does not necessarily represent the majority of our fans.

“The majority of our fans are behind our players and I think they will show that tomorrow.”