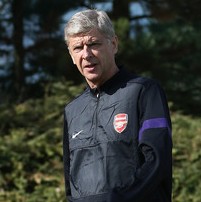 Arsene Wenger has revealed that he wants his players to pick up the technical and defensive side of their game.

The Gunners missed gilt-edged chances in their 2-1 home loss to Chelsea on Saturday to fall seven points behind the league leaders and the Frenchman wants things to improve if they are to be a genuine title contender this season.

The Arsenal boss said : “We can be much better. Technically we were average, and also so was our authority at the back,”.

“When you play at home and concede two goals from set-pieces, it is unacceptable.

“I think there is some psychological damage because we lost the game and the players are very disappointed, especially because we have lost a game we should not have lost and that is where we have some work to do, especially in some aspects of our defensive game.”