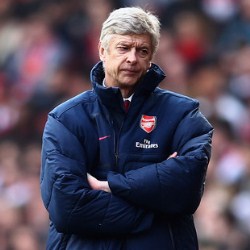 Arsene Wenger hopes for a repeat of their performance against Tottenham when they face AC Milan in the second-leg of their Champions League tie.

The Arsenal manager was cheekily asked if, after putting five past Spurs inside 28 minutes, Arsenal can hope to overturn the 4-0 deficit against Milan a week on Tuesday.

He said: “Ha! The only answer I can give is that we will try.”

“Unfortunately, for us, it’s an international week. Some of our players play Wednesday and then on Saturday we’re at Liverpool, then Tuesday against Milan. It is an impossible schedule.”