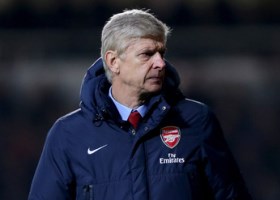 It has been reported that Arsenal boss Arsene Wenger hopes Tottenham will support Tim Sherwood long-term.

The Frenchman has seen nine sackings at Spurs during his time in charge of Arsenal.

“Stability is important if you want to create a style of play, an educational style in your club and if you want financial stability,” said Wenger, who pointed out Sherwood had been given a contract “only for 18 months”.