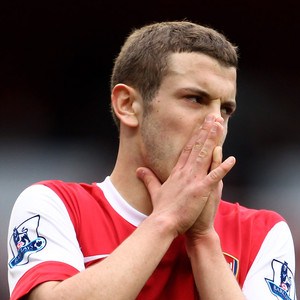 It has been revealed that Arsene Wenger has cited Ryan Giggs’ longevity as to why Jack Wilshere shouldn’t be included in England’s U21 Euros squad.

The Arsenal manager believes Manchester United’s evergreen Giggs is a prime example of what can be achieved with proper player management.

The French tactician said : Ryan Giggs is still playing at 37 years of age, but he has never played in a major international tournament – that means he always had a good rest every summer.

“In the long term I think it has an impact on players who go to big tournaments, come back and play a championship like in England, where every game is a battle.

“You have to think carefully how to rest the players.”