It has been reported that former Arsenal striker Charlie Nicholas has warned Arsene Wenger against signing Fulham striker Dimitar Berbatov. 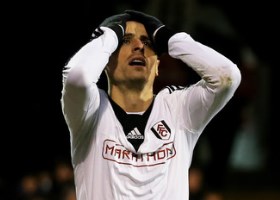 Nicholas wrote in the Sunday World: “Without being disrespectful to Berbatov, however, he isn’t the sort of player who is going to make a difference in the final third for Arsenal.

“Three years ago I would have been in favour of signing him as, at that point, he was very much a player who could produce something special in the final third.

“I know he’s still capable of a moment of magic but he is having less and less impact on games and he’s at that stage where he’ll struggle to find many top-flight clubs wanting him.

“Rather than winning a move to a bigger club, I’d imagine if Berbatov was to secure a £2m this month it would most certainly be to a club from the middle of the table down to the bottom end.”