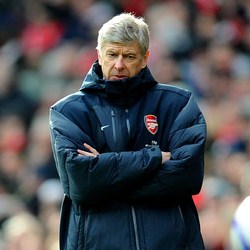 Arsenal manager Arsene Wenger has declared his priorities by opting for three points against Wolves rather than looking ahead to their much anticipated Barcelona clash.

The Gunners boss is not contemplating resting any of his top stars against Wolves.

Wenger said: “I really do just focus on Wolves. We are so much focused on the Premier League that I cannot even imagine playing against Barcelona next week because it is out of my mind completely.

“There is no Barcelona in mind. There is Wolverhampton in mind. That’s what is important to us, the championship. We fought so hard to be in this position now that the most important thing is that we focus on the Premier League tomorrow.”