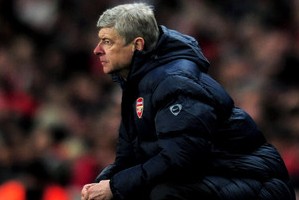 Arsenal boss Arsene Wenger is convinced that his young guns can shock Barcelona at the Nou Camp next week.

The Gunners will start the second-leg of their Champions League with a disadvantage after drawing 2-2 at home last night.

However Wenger said that Barca will be kicking themselves : “Yes, certainly they will have that feeling because in the first part of the game they could have killed us off.”

He also said that : “But don’t forget we had many chances – Bendtner had two or three chances. I believe on the counter-attacks over there we can be very dangerous.”