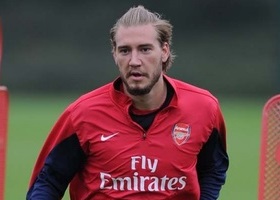 Arsenal boss Arsene Wenger has revealed that he will not guarantee Nicklas Bendtner a Capital One Cup place this week.

The Denmark international has not played for Arsenal in two years.

“I haven’t decided [if he will play in the Capital One Cup] but he has a chance,” said Wenger.