Arshavin : I Still Want To Play For Barcelona 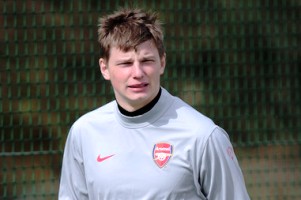 Arsenal midfield ace Andrey Arshavin has revealed that he still has ambitions of playing for European and Spanish champions FC Barcelona.

Arshavin made no secret of his love for the Catalans before leaving Zenit St Petersburg for the Gunners 15 months ago and is now even more in awe of them.

The 28 year old midfielder said : “If I played just a year in Barcelona it would be the pinnacle of my career,”.

“Barca are the best team in the world and I enjoy their style of play so much,” he said. “But after watching them against Arsenal the enjoyment has quickly turned into sorrow.

“Barca, is seems to me, are now so far ahead of any other club.”