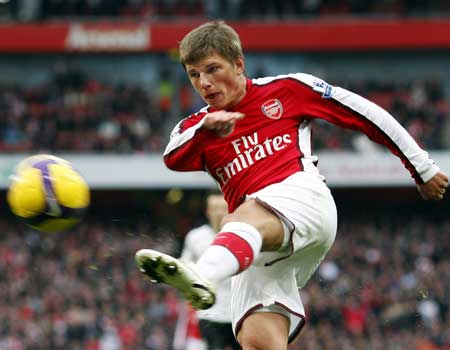 The Russian international believes that the current Arsenal squad lack depth in their squad if they are to challenge for the title over the course of the season.

Arsenal have added just Thomas Vermaelen to their squad this summer with Kolo Toure and Emmanuel Adebayor sold but the player pointed out that while a club like Everton was comfortable battling away with a small squad, a side wishing to challenge at the very top cannot expect to last the season without options.

Arshavin told a local British newspaper that Arsenal still have to buy players and that is his opinion.

He also added that Arsenal should not set Everton as a benchmark and that the club should be looking at the top teams of Chelsea, Manchester United, Real Madrid, Barcelona.

Arshavin also said that the top teams in the Premier League have much bigger squads than Arsenal and that is why Arsenal will have to buy.