It has been reported that Juventus midfielder Arturo Vidal was delighted to be on the mark in their 2-0 win over Bologna on Friday. 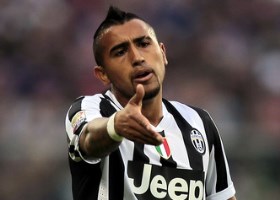 It was the Chilean’s sixth Serie A goal of the campaign along with five in the Champions League.

“I watch the ball and stay focused,” he explained of his excellent scoring record.