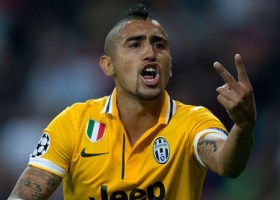 Reports from the Serie A is out claiming that Arturo Vidal is expected to sign a new deal with Juventus.

Tuttosport revealed that the Chilean international will renew with the Turin giants after Tuesday’s Champions League tie against Real Madrid.