It has been reported that Juventus midfielder Arturo Vidal is being linked with Real Madrid. 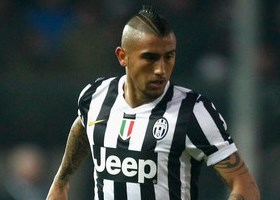 Yañez says he sees Vidal “more at Real Madrid than at Barcelona. He is better suited to Los Blancos’ style of play than to Barça’s.

“It’s difficult for me to imagine Arturo Vidal in Barça’s system, but he is a great player. He’s a different sort of player to Xavi Hernández and Andrés Iniesta. I think it would take him some time to adapt to Barça’s game.”

Manchester City To Send Adebayor To Juventus On Loan