Interesting transfer news are out claiming that AS Monaco are weighing up a January bid for Manchester City captain Vincent Kompany. 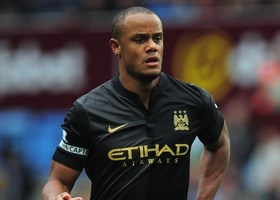 The Daily Express revealed that the Belgium international centre back was linked with the free-spending Ligue 1 giants and Barcelona in the summer – but neither side were able to firm up their interest.

Kompany missed the Chelsea game with a calf injury that he has been struggling to shake off.

But Monaco are undeterred and will go on the offensive to prise Kompany away from the Etihad.