It has been revealed that AS Monaco sporting director Vadim Vasilyev has warned Chelsea and Real Madrid off star striker Radamel Falcao. 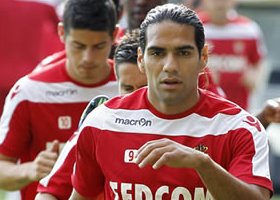 The prolific Colombian international striker only penned a five-year deal with the Ligue 1 outfit in the summer, but has been repeatedly linked with a move away in January to either Chelsea or Real Madrid.

“He feels really good in Monaco. Actually, we dined with him, his wife and the president a few days ago and he loves the club, the city. So there’s no problem and he won’t leave in January. That’s certain.”