Reports are out claiming that AS Monaco striker Radamel Falcao has dropped a big hint he’s keen on a move to Arsenal. 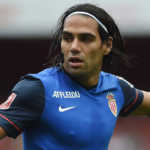 The Daily Express reported that the Colombian international striker has dropped the biggest hint yet that he will sign for Arsenal after following Gunners striker Joel Campbell on Twitter.

Falcao looks certain to leave the French outfit on a season-long loan before Monday evening’s deadline, with Arsenal, Real Madrid and Juventus all chasing his signature.

Gunners boss Arsene Wenger refused to rule out a move for Falcao at a press conference earlier today, and the player himself has fuelled speculation that he will move to the Emirates after following potential team-mate Campbell on Twitter.