It has been reported that the race for Montpellier midfielder Remy Cabella is heating up. 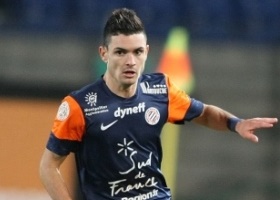 The Daily Express reported that AS Roma are ready to rival Arsenal and Manchester United for the midfield schemer.

Cabella has caught the attention of both United and Arsenal for his performances over the past couple of seasons.

Dubbed ‘the new Zinedine Zidane’, Cabella helped Montpellier to the title two seasons ago, but the club is currently languishing in Ligue 1.

Montpellier accept that they will lose their star at some point but are hoping to hold onto the 23-year-old until the end of the season.