Chelsea fullback Ashley Cole has admitted that he is delighted to be playing for Jose Mourinho again. 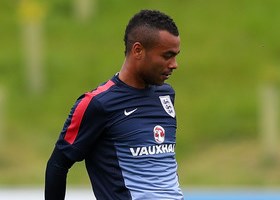 The Portuguese tactician was the coach who convinced the England international left-back to leave Arsenal for Chelsea seven years ago.

The 32 year old told Chelsea TV: “From the day he came, he said he’s not come here to make friends, he’s come here to win and that’s what players want to hear.

“We always want to win things, to be successful as a team and, hopefully, we can do that under Jose.

“I don’t think he’s different [to how he was before]. He’s always been the same. He’s come back to the club where he did a fantastic job winning two titles.

“He always demands 100 per cent whether it’s in a game or in training. He always wants the best, he always wants your best. He’s a fighter and a winner and he wants to go into every game and win, just like us players.”