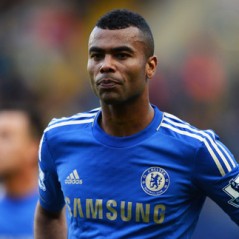 Reports are out claiming that Chelsea fullback Ashley Cole is ready to end his feud with the Ferdinand brothers.

The Daily Mail reported that the England international fullback is ready to end his feud with the Ferdinand family and shake hands with Rio ahead of Chelsea’s clash with Manchester United on Sunday.

Cole, who was ignored by Anton Ferdinand before the 0-0 draw with QPR at Loftus Road on September 15, had been considering snubbing Rio at Stamford Bridge.

The Chelsea left back will discuss the issue with manager Roberto Di Matteo before the Barclays Premier League game but it is understood he is ready to move on.

Cole and Rio were close friends before the Chelsea defender agreed to give evidence for team-mate John Terry in his race case involving Anton at Westminster Magistrates Court.

Then Rio was fined £45,000 for his ‘choc ice’ re-tweet on Twitter, which was judged by an FA disciplinary panel to be an insult to Cole.