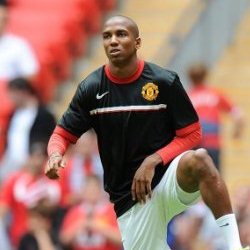 Ashley Young was thrilled to be part of their Community Shield triumph over Manchester City.

The England international star who made his official United debut in the annual football season curtain raiser on Sunday, was delighted to beat local rivals City and explained why he was sure the Reds would always get the win, despite being two goals down by the half-time break.

“It was a derby, so both teams wanted to win and we are delighted to get that win. I think we controlled the game, in the first-half especially. We kept the ball well and created chances, and we were disappointed to go into half-time two goals down,” Young told MUTV.

“But we have the character and strength to bounce back from being two goals down. We knew we were going to create chances and that’s exactly what we did in the second-half. We took the game to them, we were always on the front foot and I think there was only ever one team that was going to win.”

He added “It’s always nice to be on the winning side and I’m delighted to be able to pick up my first bit of silverware. I am delighted to be here. Pulling on the United shirt is a proud moment for me and it was an honour to be out there today and to win my first trophy, which will hopefully be one of many. It sets us up for the first league game next week and I think we’re in good shape.”