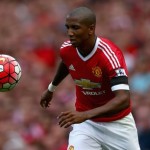 The 30-year-old England international winger came off the bench in Saturday’s 3-1 win over Liverpool and although he would prefer to start, is happy to battle it out with the likes of Juan Mata, Memphis Depay and Ander Herrera as United’s squad competition continues to grow.

“Every player in the squad wants to be in the starting XI and I am not different,” said Young ahead of Tuesday night’s Champions League opener against PSV Eindhoven.

“I want to play as much as I can, but when I am called from the bench as I was against Liverpool, I just want to show the manager that I am ready and willing to give 100 per cent.

“I have always said that it is good to have competition for places and we have that in abundance in the squad.”