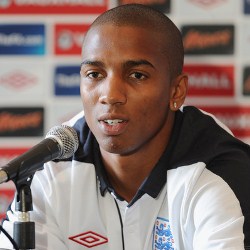 The England international winger moved from Aston Villa to United this summer and impressed in Sunday’s Community Shield win over Manchester City at Wembley.

Young said: “Fingers crossed, it will boost my England chances even more. As long as I’m doing well for Manchester United then fingers-crossed I’ll be playing for England.”

Young was delighted to win his first trophy as a United player, having set up the first of United’s three goals as they came back from 2-0 down.

“It’s always a good way to start the season,” he said.

“We wanted to go out and put in a good performance.”

He added: “When you get Manchester City and Manchester United, it’s never friendly but we showed we’re the better side.”