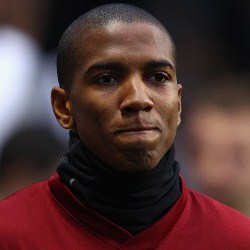 Aston Villa winger Ashley Young is on the verge of completing his move to Manchester United after he underwent a medical today.

The 25-year old England international has reportedly agreed personal terms with the Premier League champions and is now a step closer to making the shift to Old Trafford.

Reports suggest that an official announcement could be made on Thursday with the transfer fee likely to be around £15million.

The former Watford man, who will earn up to £130,000 a week, will be Sir Alex Ferguson’s second signing of the summer, following young defender Phil Jones from Blackburn Rovers.