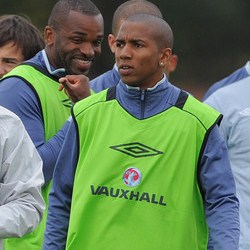 It has been revealed that Manchester United have struck terms for Aston Villa winger Ashley Young.

The Sun has reported that Sir Alex Ferguson snapped up the England international in a £20million swoop last night.

It took Manchester United’s summer spending to a whopping £55m – leaving their title rivals in the shade.

The arrival of Aston Villa’s England star Young completes an astonishing hat-trick of Ferguson buys worth £55m as he begins to build a new dynasty.

Young, now age 25, passed a medical at the club’s Carrington Training Ground yesterday and put pen to paper on a four-year contract. Manchester United to complete the signing of Antonio Valencia