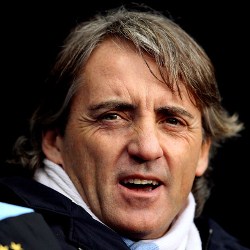 Manchester City returned to the top of the Premier League table with an uninspiring 1-0 win over Aston Villa at Villa Park.

Joleon Lescott scored the only goal of the game midway through the second half to consign the club he supported as a boy to a seventh home match without a league for the first time in 25 years.

Joe Hart had very little to do throughout the 90 minutes against a frustratingly unambitious Villa, but he made a vital save in the closing stages to ensure all three points for his team.

The win sees City re-establish their two-point lead at the top over local rivals Manchester United as well as the seven-point gap between them and third-placed Tottenham Hotspur.

For Villa, their third league defeat in six games leaves them in the bottom six following West Bromwich Albion’s emphatic 5-1 derby win over Wolverhampton Wanderers earlier on Sunday. There is a seven-point gap between them and the five clubs at the bottom of the table, but that is unlikely to spare Villa boss Alex McLeish coming under increased pressure.