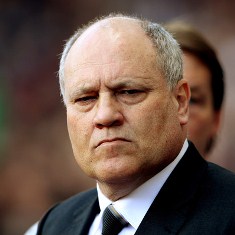 The Austrian bundled home at the second attempt in the final minute of stoppage time after Fulham goalkeeper Mark Schwarzer could only palm away what looked like a straightforward shot from the edge of the area from another substitute Gary Gardner.

Initially Schwarzer made up for his mistake with a point-blank save from Weimann’s diving header but the 20-year-old from Vienna was able to bundle the second rebound over the line.

It was just about deserved for Villa who were the better team even though they failed to create many chances against a Fulham side that had at least managed to keep their shape despite a disappointing performance right up until the final moments of the match.

The result means that Villa move up one place to 14th while Fulham, who were aiming to win four Premier League matches in a row for the first time in their history, remain in eight.