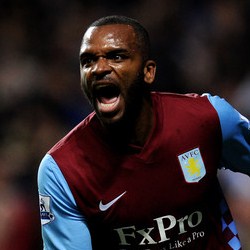 Darren Bent marked his Aston Villa debut with the winning goal in a 1-0 win over Manchester City at Villa Park that lifts his new club three points clear of the Premier League’s bottom three.

The striker, who joined Villa from Sunderland earlier in the week for a fee that could rise to £24 million, struck midway through the first half to begin justifying the large fee which has drawn criticism from some quarters.

Having started the day out of the relegation zone on goal difference alone, Villa move three points clear of 18th-placed Wigan Athletic.