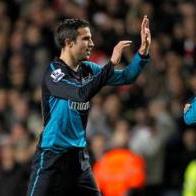 Aston Villa winger Marc Albrighton scored the 20,000th goal in the Premier League but a late header from Arsenal substitute Yossi Benayoun earned his side a 2-1 victory at Villa Park.

Albrighton’s milestone effort came nine minutes into the second half after a mistake by Gunners defender Thomas Vermaelen.

Villa defender Alan Hutton was sent off in injury-time for two bookable offences.

Villa have donated the 20,000 cheque from Barclays for the 20,000th goal to their official charity partner, the Acorns children’s hospice.

The result was harsh for Alex McLeish’s side, who produced their best home performance of the campaign, with Charles N’Zogbia having one of his more influential games.