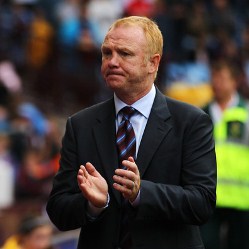 Aston Villa handed Alex McLeish a winning start at Villa Park as they coasted past Blackburn Rovers 3-1 in the Premier League.

An impressive first-half display was punctuated by handsome strikes from Gabriel Agbonlahor and Emile Heskey.

Blackburn, who had been poor in the first half, were handed a lifeline when Morten Gamst Pedersen nodded in a goal early on after the break.

But after an unsteady passage of play, Villa’s nerves were soothed when Darren Bent pounced to restore a two-goal cushion midway through the half.