Reports are out claiming that Aston Villa manager Paul Lambert believes this weekend’s opponents Manchester United are right back in the Premier League title race. 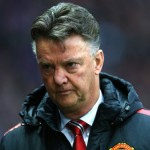 Louis van Gaal’s men have moved up to third position on the back of six-straight league victories which has them sitting eight points in arrears of table-toppers Chelsea and within striking distance of another title according to Lambert.

“They might not be able to lose many more games if they are going to win the title but they’re certainly in with a shout,” he said.

“It is still a brilliant club with great players. The players they have brought in, there are not many teams in world football who can do that.

“They’re a really good side. Just because they’ve changed managers doesn’t change my thinking of that football club.

“Chelsea and City have lost fewer games but if United don’t win it they will certainly have a big say in who does. If we win tomorrow it’s good for us, that is the most important thing. We have to win for ourselves; it’s got nothing to do with stopping United.”