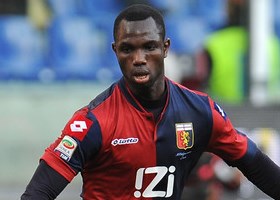 The Express & Star reported that the Senegal striker has emerged as a target for Aston Villa boss Paul Lambert.

He is currently on loan at Italian side Genoa from Russian Club FC Krasnodar.